The first documents that tell us about Nas-cëtta, also known as “Anascetta”, describe an extraordinary wine. In 1877, the scholar Giuseppe dei Conti di Rovasenda, in his “Essay on a universal ampelography”, defines Nas-cëtta as “an extremely delicate grape and delicious wine”. These first notes reveal that, once upon a time, Nas-cëtta was made into a sweet wine, appreciated as an aromatic wine in blends with other Piedmont whites. Novello’s oral tradition also confirms this thesis: Nas-cëtta was used as altar wine – a sweet, “passito” wine – capable of withstanding time. Moreover, in the “Agricultural Monograph of the Alba District”, in 1883, Lorenzo Fantini writes: “L’Anascetta, a variety that produces very fine grapes…It is cultivated in significant quantities in the Novello terroir, where it bears fruit fairly well”.

The autochthonous variety of Nas-cëtta is, by its very nature, delicate and inconsistent, very difficult to grow, with production that can be abundant or scarce. Thus, during the 20th century, the advent of the more profitable varieties and, above all, of Nebbiolo da Barolo, led to its marginalisation, almost causing its extinction. Its cultivation was not completely abandoned; it survived in rare and very small vineyards (the oldest dating back to 1948) and in scanty rows interspersed with other types, kept more for affection than for being made into wine.

Nas-cëtta, a white wine that was forgotten for a long time, relegated to just a few, scanty rows, almost extinct. 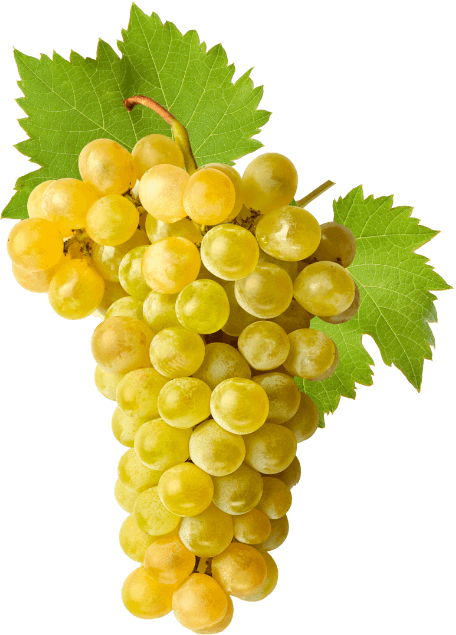 A genuine oenological find that only the long-term vision of some Novello producers knew how to save from neglect.

In 1993, the Novello producers accepted a special invitation. In the presence of the journalist Armando Gambera, some bottles of 1986 Nas-cëtta were uncorked. It was love at first sip. The Nas-cëtta amazed everyone with its fine, elegant character. Despite the years, it had naturally developed towards sweet notes, resisting oxidation. It had a unique character; it almost resembled a Sauternes, a white that had no equal in the Langhe. Thus, the profound conviction that Nas-cëtta was destined for great things was born. The experiments began immediately: in 1994 we witnessed the first harvest and then its commercialisation.

The grapes were gathered, since there still weren’t any vineyards growing Nas-cëtta alone (except for rare exceptions), by wandering between the rows of Novello, identifying each single plant and recuperating every precious grape bunch, almost as though it were a meticulous archaeological dig. It was thus that, with a production of fewer than 800 bottles, the Anas-Cëtta of Elvio Cogno was born: one of the first labels on the market. Following this, other firms, Le Strette winery first of all, took the development of the variety to heart, reaching the first important goals in terms of quality and defining the oenological identity of the grape. It was a “clandestine” wine, not yet being the variety officially catalogued and registered in the “National Registry of Grape Varieties” and, thus, not governed by any production rules that regulated its cultivation, vinification, designation on the label, and definition of its characteristics for commercialisation. The commitment of Novello producers, however, produced important results, stimulating research, encouraging its recognition, and, above all, distinguishing it for product quality.

NAS-CËTTA IS ONLY PRODUCED AS A VARIETAL

In November 2001, the variety was officially registered in the National Registry of Grape Varieties thanks to great team work, which began at the start of the 1990s, involving the Municipality of Novello (with its historical wine growers, its pioneering producers, and municipality administration), research bodies, and the regional and national institutions. In 2002, Nas-cëtta thus became part of the Langhe DOC and, in 2010, it acquired the most prestigious recognition: the denomination called “Langhe Nas-cëtta del Comune di Novello”, the production of which is only authorised in the one, eponymous municipality using 100% Nas-cëtta grapes.

Thanks to this long, demanding process, today Nas-cëtta is numbered among the great Langhe whites, where it is now grown on an overall surface area that is nearing 40 hectares (*). Of these, more than one third is located within the Municipality of Novello alone, the only town that can claim the historical denomination with a maximum production of 90 quintals of grapes per hectare. Thanks to its complexity and interest, it has exceeded the boundaries of its municipality of origin where, however, its best expressions, for the organoleptic qualities and intensity of terroir, remain. The main characteristics of this semi-aromatic variety are its versatility and adaptability to different types of vinification. In steel or in wood, the wine always expresses the original character of the grape and is able to let its local character be observed, while allowing the producer to leave their stylistic signature. Last, but not least, is its tendency to give wines excellent longevity and the capacity to develop.

(*) Official statistic of the surface registered in the vineyard registry of the Piedmont Region in 2019.